Fashion trends and must haves aren’t usually something I buy into but just one look at the cover of Aer Lingus’ Boutique magazine on my flight to Nice in August was all it took to convince me that my life could no longer be complete without a rose gold watch. 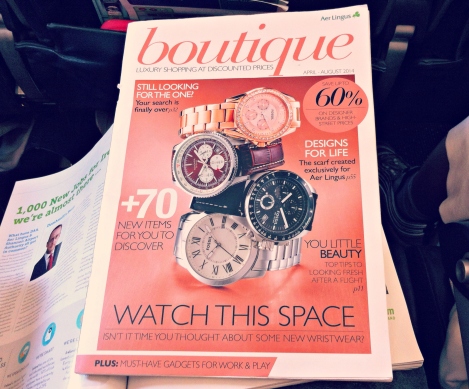 I’ve been the proud owner of many timepieces over the years and picked up two rather pretty Swatch watches on the way home from my first ever jaunt to the French Riviera. 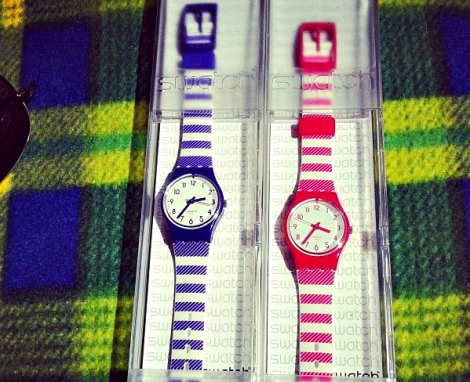 However, I haven’t had a nice shiny one since I managed to crack the face of my first ever Swatch during my 6th Year Graduation.

“I’ll need a nice professional looking watch to wear when I’m trying to get back to work” I told my mother as I debated the pros and cons of spending quite a few quid on one during the holiday. “Nobody will take me seriously if I’m wearing one of my plastic ones.”

There’s clearly something really special about rose gold that makes it AWFULLY tempting because I’m not usually such a fool for shiny things. And I’d like to think that’s me talking, not the magazines.

From experience, if you’re going to go on the hunt for a rose gold watch then shopping around is well worth your time. The pun is, of course, intended. Prices ranged from anywhere between €100 and €400 on the French high street, rising to considerably more in some of the more exclusive little shops. 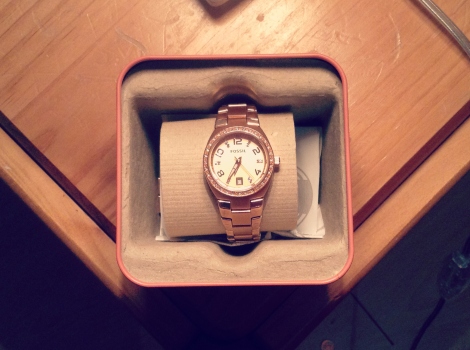 I cast an eye over a few Guess and Michael Kors offerings in Louis Pion before ultimately opting for a more affordable, albeit slightly pricey, Fossil watch from the Fossil boutique in Nice’s Etoile shopping centre. My mam picked up a more practical Fossil beauty in a sale at Selfridges a few years ago and I’ve wanted one ever since.

After a little battle of wits between myself and the sales assistant I finally managed to get my hands on the nicest one in the shop, which turned out to be the cheapest. It didn’t have a price tag so I was silently hoping the fact that it was far less flashy and complicated than the others meant it would be more affordable.

The rather amusing display case housing the little beauties wasn’t wasted on my other half either. He had quite the chuckle whilst waiting for the girls in the back room to adjust the links so the watch would fit more comfortably. 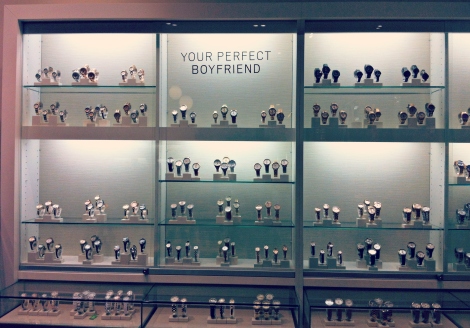 And as if I wasn’t happy enough with the shiny new addition to my materialistic family, I also had the opportunity to pick a snazzy little tin to keep it in.

It came with a nice guarantee too, which Fossil are rather good at honouring. My mam had her own watch fixed free of charge just a few weeks ago. 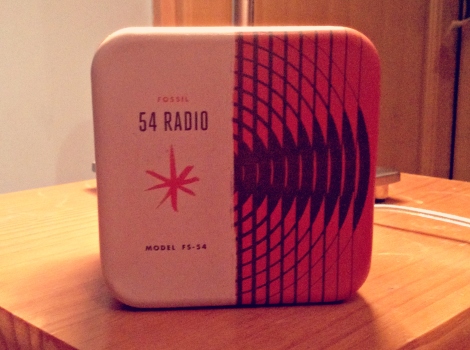 As for mine, well, it’s still in the box. It looks far too pretty to take out and potentially ruin.

I’m sure my world would be a great deal gloomier without it though, right? That’s what I’ll tell myself anyway.