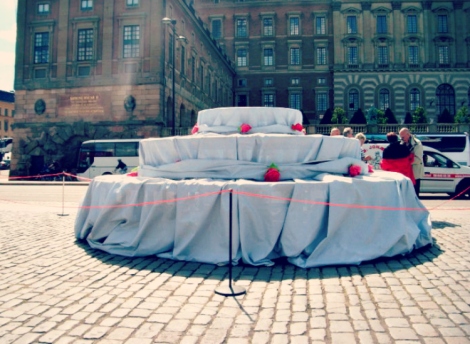 They say that love and marriage go together like a horse and carriage but right now in Ireland that isn’t exactly the case. Same sex couples who wish to marry here can only enter into a civil partnership.

That’s all up for debate right now though as we’re due to hold a referendum on the issue in just a few months time. May 2015 is set to be an historic month for the nation but nobody is quite sure which way the tide will turn.

You need only watch that old episode of The Simpsons where Apu is almost deported to know that what people say outside the polling station and what they do within it can be two very different things.

Voter turnout seems likely to decide the outcome of the Marriage Equality Referendum, so mobilisation of the electorate is key.

If you caught the first episode of Claire Byrne Live on RTÉ last night you’d probably agree that it’s never been more important to get educated voters off their bums and out to the ballot boxes.

Scaremongering, fear and misinformation are rampant and could well stand in the way of progress.

Won’t somebody please think of the children?

A massive bone of contention in the debate appears to be the right for a child to grow up with a mother and a father. This will be jeopardized if we allow same sex couples to marry and subsequently adopt children, the no side says.

And yet I fail to see how that’s necessarily a bad thing. I grew up in a two parent household but have absolutely no relationship with my father. My mother essentially raised me by herself and it certainly hasn’t done me any harm.

I know I’m just one of millions who come from a similar background, one of many for whom the ‘right’ to a mother and a father didn’t exactly guarantee a happy home.

Every weapon in the arsenal, from adoption to sperm donation, was rolled out in order to undermine the core argument. “Mothers” one panelist argued, would be left without their children. The children would be denied the right to have that same mother.

Sounds like the Irish status quo to me: Sure didn’t the State and Church rip babies from their mothers’ arms in the Magdalene Laundries?

Have countless Irish adoptees not attempted to track down their parents, only to find that the State and Church wouldn’t allow them access to their records or even give them the names of their mothers? And how on earth do these other issues really stand in the way of two homosexual people tying the knot?

If you haven’t figured it out already, I’m personally in favour of same sex marriage. I have absolutely no issue with taking an institution that once gave husbands the right to rape their wives (check the history books) and expanding it to allow for two people who genuinely love each other to marry.

I don’t know if I’ll ever get married myself. I don’t know that I even want to, especially after the few months I’ve just had.

All I do know is that if you like the look of someone and you like them you grow a pair, take a risk, and you give it a go. People who make you happy are SO hard to find that you’d be an eejit not to.

If that risk results in a loving relationship and you decide you want to take the plunge then you should have every right to do so, regardless of your sexual orientation.

The world isn’t completely horrid but it can be a miserable place at the best of times. It’s often full of heartbreak and disappointment, war, money woes and countless other things that can bring us down on a daily basis.

It wouldn’t hurt to celebrate the happiness of two people who manage to find love in a hopeless place.