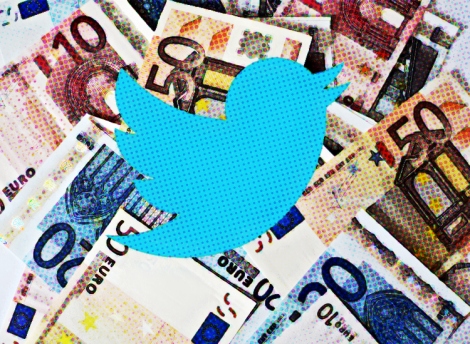 “Let’s Go Mental” comes the rallying cry, not from a bunch of lads about to head out on a so-called ‘mad one”, but from the Irish Government as gets behind another mental health hashtag campaign on Twitter.

You might have spotted one or two of them around before, back in the days when Enda Kenny’s #littlethings caused quite the storm on Twitter. “We need to talk about mental health” they say, but what good is talk without action?

#LetsGoMental2015 is a campaign developed by teenagers for teenagers via Comhairle Na nÓg  and “involves a series of 31 events in every local authority area to promote positive mental health through music, sport, the arts and other fun activities”, according to the official blurb.

“The Let’s Go Mental events are being organised and run by the 31 Comhairle na nÓg and will take place all over the country from May to October 2015” it continues.

As someone who’s been through the system, I’m delighted that discussions about mental health and the way we treat people dealing with mental health problems are becoming more prominent: this can only be a good thing. However, as each new hashtag is met with Government glee before it hits the Twittersphere I can’t help but cynically snort.

That’s not to detract from the great work the Comhairle has done, even if I do disagree with the campaign slogan for personal reasons: I was 15 when I found myself dropping out of school due to anxiety and depression brought on by a bad bout of bullying and to this day find a lump in my throat when I’m reminded that on individual wrote it all off as me “going a bit mental/psycho” and leaving.

As I’ve said though, my problem isn’t with the discourse, but with the Government’s incessant backing of policies that reduce pressure on the system by trying to reduce the numbers of people seeking help, rather than finding funding for resources.

I can vividly recall the first time I attempted to enter the Irish mental health system (I’ve spoken about my anxiety rather openly in previous blog posts), particularly because the waiting list I was placed on to even see a counsellor was about 3 months long.

What use was that going to be when I was feeling utterly desolate at that particular point in time?

As a result I opted to “get on with it”, brushing my mental health concerns under the carpet because they’d probably be gone by the time a professional actually saw me anyway.

It was during a particularly nice lull that I happened upon the Minister, Frances Fitzgerald, and listened to her give a rousing speech encouraging young people to be “warriors for mental health”. The soundbyte caught me by surprise and had me clapping along loudly but, when I really thought about it, I asked myself how on earth that would be possible?

You see it’s rather difficult to be resilient when you can’t learn how to do it, and how are we supposed to do that when we’re dealing with a policy that effectively encourages people NOT to need resources?

How can young people be “warriors for mental health” when the system itself isn’t there to support them?

They can’t. That’s the simple answer. I learned to become a “warrior” by going back to private counselling and working through my difficulties with someone who offered me help and support. I found it nigh on impossible to get that kind of engagement via the HSE because they quite simply didn’t have the resources to provide it.

It’s all well and good to #GoMental about the #littlethings, but without the funds flowing the Irish mental health system will be holding out for a hero of its own.

Read: You know what I did last summer?