You’d easily be forgiven for thinking that any film featuring Henry Cavill in tights would be a winner, so I walked into Man of Steel with high hopes last night.

It seemed to start well, taking the audience all the way back to Krypton, to tell us the tale we know all too well by now (with a few added extras of course), but perhaps the niggling feeling that the backstory was taking a little too long to tell should have been in indication of what was to come.

Don’t get me wrong: I did enjoy the movie. Cavill was a rather convincing Man of Steel in my book, bringing a charm to the role that Brandon Routh (It’s still hilarious to think he got the part instead of Henry, talk about dodging bullets) could only dream of: In fact, I’d go as far as to say he put Tom Welling in his place with a flashback to Superman’s teenage years. You’ve got to love a lad who can pass for a teen when he’s just turned 30. However, I simply couldn’t shake the feeling that it lumbered along at a rather sluggish pace.

If there’s one thing a good action film should have it’s tension, and that’s the thing I felt Man of Steel was lacking. Endless explosions and battle sequences that felt as though they would just never end saw to that. I half wished someone had told Zack Snyder and co that sometimes, less is more. 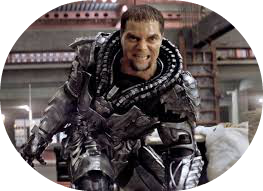 And then there was Michael Shannon, who didn’t really do it for me as Commander Zod. Every time the camera was fixed on his face, I couldn’t help but think to myself, “He’s no Terrence Stamp”. In fact, I found him a bit funny: I doubt that humor is what he intended to bring to the role.

I’m no film critic, I’m just your average movie lover, so I like to rate films based on a rather simple principle: Would I sit through it again? Probably not, being honest. It’s great for an enjoyable night at the flicks, but I really don’t see myself whipping out the DVD in future if I’m stuck for something to watch.

Then again, I wasn’t mad about Christopher Nolan’s Batman trilogy either: Take from that what you will.