It only took almost 10 years but Ted Mosby finally met the mother in How I Met Your Mother last night.

Mr Mosby locked eyes with his missus to be across a crowded dance floor at Robin and Barney’s wedding, but only plucked up the courage to speak to her on that fateful Farhampton train platform. 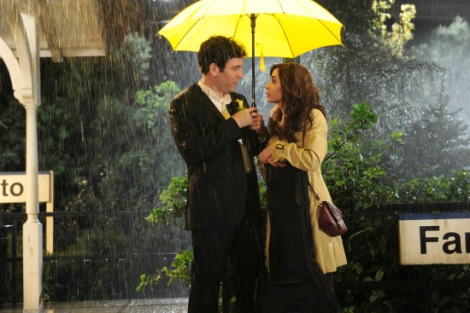 Ted and Tracy McConnell (the mother’s actual name) went on to have two kids before finally settling down but, after what we can only assume were a few very happy years together, they were torn apart when illness claimed her life.

Flash forward six years and Ted’s telling the tale to his kids, before getting their blessing to chase after the woman he fell for in episode one.

Yep. You read that right.

He ran off with Aunt Robin in the end.

For the how, why, where and when, catch the full recap over on DailyEdge.ie