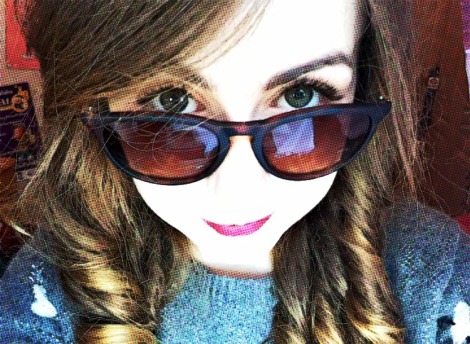 Flying the nest is always a bit of a big deal but when you’ve waited until you’re 25 to do it it’s infinitely more daunting.

I had no idea what to expect when I arrived in London seven days ago, feeling a little scared but seriously determined at the same time. To say I’ve surprised myself is an understatement.

For the past week I’ve had the privilege of working with one of the most talented digital teams in the United Kingdom, and probably the most talented TV writers I’ve ever had the good fortune to meet. I’ve long been a fan of RadioTimes.com but after a week in the offices it’s safe to say I’m a devoté.

Just seven days in London have shown me that there is a world outside the conveyer belt of copy and paste news.

There’s an approach to entertainment journalism that involves journalism, not just sitting at a desk and hoping to be the first to shout someone else’s scoop the loudest.

The team at RadioTimes has been kind enough to let me pitch stories, offer up ideas and share them with readers who love both TV and film just as much as I do. 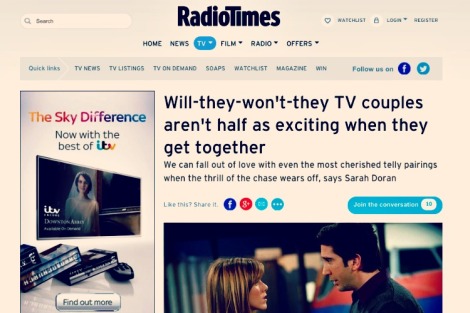 From my controversial thoughts on will-they-won’t-they TV couples to declaring that the BAFTAs make far better TV than the Oscars, Zoella’s Bake Off debut to Felicity Jones’ fabulous road to Hollywood, and even the best Harry Potter book plots that should have been in the movies, there’s nothing I haven’t been allowed to write about.

I’d be lying if I said I was looking forward to heading home next weekend. London has me under its spell, for so many reasons, and I’m not sure I’ll be able to resist the pull.

There’s quite simply nowhere like Radio Times when it comes to talking about telly, and no more inspiring and engaging people to talk about it with than their talented team.

That’s why I feel oh so incredibly lucky that they had a little bit of time and space to allow an Irish redhead on the run to dream a little dream.