“Who even is he?”, the British public cried when Joe Sugg was first announced for Strictly Come Dancing 2018. 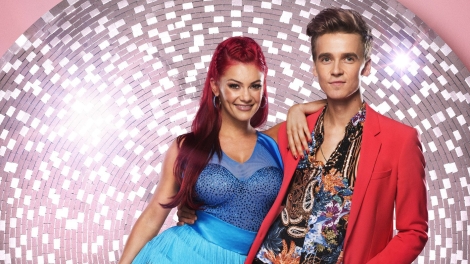 To the vast majority the term ‘YouTuber’ meant little more than someone who sat in their bedroom and made money by talking to a camera. And in order to explain who he was, Sugg was often introduced as the younger brother of his ever so slightly more mainstream-famous YouTuber sister, Zoella.

12 weeks later it’s a different story. Joe’s become something of a household name – a favourite among mums and dads as well as sons and daughters – and to quote the late Sir Bruce Forsyth, hasn’t he done well?

Because while at this stage of the competition we could well have been moaning that he didn’t deserve to be here and was only making it through week after week thanks to his fanbase, Joe (under the watchful eye of the fantastically talented Dianne Buswell) has well and truly proven his detractors wrong.

I was one of the many who probably had him written off after the launch show group dance, deeming him only likely to make it to the final thanks to the millions of fans he’d amassed on the internet.

But when Sugg stepped out on to the ballroom floor in week one and offered up a rather acceptable Jive to A-ha’s Take On Me, I started to wonder if he might just surprise us all.

Week after week, he continued to deliver. OK, that High School Musical American Smooth wasn’t ah-may-zing, darling, and he’s definitely had his hiccups along the way (let’s forget the Cha Cha Cha, shall we?) but for the most part Joe’s done what nobody expected him to do and proven that he can actually dance.

His Halloween Foxtrot offered up the first hint that he could do anything if he just put his mind to it. Gliding across the floor dressed as a vampire with Dianne, Sugg notched up his first nines of the series and broke the 30-point barrier.

The “Paso Joe-ble” that followed probably wasn’t quite a thrilling, but nevertheless secured Strictly’s ballroom boy wonder three nines from Darcey, Shirley and Bruno. Craig could only spare a seven for the routine, set to the tune of Bastille’s Pompeii.

Sugg took a little dip in week eight as he struggled with the Samba but he just about did enough to MMMBop his way through the routine and secure himself a ticket to Blackpool’s Tower Ballroom.

It was there, in the spiritual home of dance, that Joe really let go, channeling Fred Astaire with a beautifully choreographed Quickstep that earned three tens and put him firmly back in the race for the glitter ball trophy.

We’ve yet to see Joe recapture the magic of that Blackpool Quickstep.

His Street offering was superb fun, granted, but it felt as though it was lacking a little something. His Joseph-inspired Salsa was tremendously entertaining, but it was new professional dancer Johannes Rabede (GET HIM A PARTNER) stole that particular show.

And then the semi-final really put the YouTuber under pressure. The Viennese Waltz, which should have been right up his street, didn’t go as well as he’d probably hoped. Next came the Argentine Tango, a dance that even the strongest of performers can really struggle with.

Sugg wasn’t, as many screamed, criminally under marked for his efforts, but when I spotted him languishing near the bottom of the leaderboard I’ll admit I found myself fretting.

Because deep down, in my dancing heart of hearts, I believe this total amateur turned Strictly favourite has more than earned a place in the Strictly Come Dancing Final. And if he does have the chance to lift that glitter ball it won’t just be because he has legions of fans who are willing to vote for him.

It’ll be because Dianne Buswell has worked incredibly hard to help him find his dancing feet.

And because Joe’s done what nobody expected him to do and proved that he really can move.